​​​​​​​​​​​​​​​​The Gateway brings an ancient people and their past into vivid focus, in stark contrast to the new, 20th century ideals Christopher exemplifies. We see the old and the new, death and rebirth and the courage of a civilization that fought valiantly to save their empire, but which, ultimately, was extinguished by the conquistadores. The question still remains: did the last Incas who fled to the citadel in the sky called Machu Picchu, never to be discovered by the conquerors, simply vanish? Or did they, like Christopher and Joseph, move to another dimension in time?
As Christopher and Shama find themselves caught up in the rituals, power plays, and the disintegration of Inca society, Christopher must decide whether to stay in the sixteenth century or return to his family in present time. With escalating hostilities between the two sons of the late emperor, escape becomes not only necessary, but imperative. An outraged ruler is out to get Christopher, and the Inca Empire has become a dangerous place to be. Having found his great-grandfather, alive and under the most unexpected of circumstances, should Christopher now stay with this man who inspired him to move beyond himself? Can he leave the woman with whom he has found a profound love, albeit five hundred years before he would even be born? More importantly, is it even possible to go back?


Preview for The Gateway

Peru, 1920 ~ The large, weathered hand tore through snarled vegetation, determined to grasp the rock's edge. Thorns ripped his clothes as he climbed, making his way to the summit before the sun rose to its zenith. A man of rugged bearing, Joseph Bennett followed a singular path in his search for the truth; in this case, his lifelong quest to reveal the secret of the ancients ... that hallowed, undiscovered sanctuary, certain of its place of honor and secrecy, in the direct path of the sun and high in the sky.
The heavy mist and unforgiving cold stung his face, though moisture ran from every pore. Pulling a scarf from his hip pocket, he brushed dark hair from his forehead and wiped away the sweat. He then tied the band around his head as discerning eyes surveyed the inhabitable terrain. Steadying himself, he continued the brutal climb upward into the fog, fighting the elements, enduring the physical pain. His calf muscles burned, his lungs wanted to burst with the lack of oxygen, yet focused on his task, he pressed forward, eyes seeking and clutching the nearest handhold. Below him, vertical terraces plunged into the bottomless gorge of the Urubamba canyon. Vertigo threatened. His feet kept a tenuous hold on the slippery stones that lay buried in centuries of mud and brush, as he clung to the sacred mountain. A fall now would be fatal. Summoning all of his strength, he reached the top, out of breath, but alive! Bending over, he pulled in several long gulps of the pure, thin air then stood up straight amidst the aged wonders.
I must find it here ...
Pulling the journal from his satchel, he documented the climb. Then setting the pack where he could come back for it later, he began his search.
When his team arrived later that morning at the overgrown ruins of Machu Picchu, the fog had lifted. An eerie stillness enveloped the timeless ridge, as though the spirits of the last Incas remained, safeguarding their city. After a whole day at the site, all they had found of their expedition leader was his old, leather knapsack. It lay on a boulder at the top of the massive, vertical cone-shaped peak that towered high above the Inca refuge.
Joseph Bennett, however, was never seen again …

MORE REVIEWS FOR THE GATEWAY

​
Highly recommended. Don't miss this one!
This book was terrific! I couldn't put it down. Full of exciting characters, engrossing history and profound feeling. Read it!

Very exciting historical fiction! It gave me fascinating insight into the Inca empire.
The personal stories of the characters added an amazing dimension to the story.  F. O'Day

Christopher is a rich character that I fell in love with immediately. This story line comes complete with action, suspense, romance, history, equality issues and even political issues addressed all with such a beautiful and earthy flow that you can't help but be drawn in. Fantasy meets history in a beautifully written story focusing around powerful characters that are complex, intense, strong and flawed.
The author sets very richly described images that draw in all of ones senses for a surreal reading event!
Make sure to clear some time, and a good glass of wine, for this reading experience and be ready for twisting and turning that you won't expect!
Loved this book and can't wait to start on her next one!  The Healthy Dog

TAKE A ROMANTIC FLIGHT BACK IN TIME

​Makes you feel like you are living centuries ago in the Inca culture. Well researched!!
Joanna Daniels is quite a gifted author. I'm anxious to read the sequel, "Eye of the Solstice" as well as her other works. D.J.Volk

The Gateway embodies life in the Inca Empire as seen through the eyes of a 20th century visionary; a historical adventure played out between the turbulent years of 1527-1532, the year Pizarro conquered the "Four Quarters". Huayna Capac, the reigning emperor, has died in Quito, leaving two sons to fight for the throne. Huascar assumes command, but his half-brother, Atahuallpa, soon declares himself king of Quito, dividing the empire into two distinct factions.
Are there gateways in Peru, sacred altars that the ancient Inca used to transcend their reality?
Enter my 20th century fictional characters--
When an archaeologist named, Joseph Bennett, takes an expedition to Machu Picchu in 1920 and discovers such an altar at the top of the vertical cone-shaped peak, he is never seen again; for decades his disappearance is shrouded in mystery. Seventy-two years later, his great-grandson, Christopher, is compelled to retrace his footsteps ... no matter where it may take him.
Christopher Giordano, a recent archaeology graduate, uses his great-grandfather's journal to fulfill a passionate drive to know the truth about that summer in 1920. He travels to Machu Picchu and, guided by that documentation, discovers the mysteries of the sacred altars -- but can he emulate this advanced race of native Indians and find his "lost" grandfather, Joseph Bennett?
Hurled back 500 years to an Inca civilization on the brink of annihilation,
Christopher is aggressively captured and forced to make a four-day trek, on foot, into Cuzco sixty-five miles away. Held prisoner with little hope for survival, he has no knowledge of the time in which he finds himself. When a beautiful priestess of the revered Chosen Women, named Shama, comes to tend his wounds ... his quest, as he has come to call it, feels less daunting. But will he find Joseph? When he is forced to travel back to Machu Picchu in order to avoid the wrath of the new, young emperor and save Shama's life, a union is forged that changes the course of both their lives forever.

​​"Fans of thrillers and travel writing alike will feel at home in this whirlwind academic romp that's full of ancient factoids and trivia that move the plot—and the reader's thoughts—forward."  Kirkus Reviews

Time travel is always an intriguing mind bender, and you’ll find yourself on a fascinating journey of time in THE GATEWAY, my debut novel, which takes place at the onset of the turbulent years of the 16th century Inca Empire. With three 20th century archeologists as witnesses to the struggles and power plays of the Inca as they fight to preserve their way of life, there’s plenty of action and adventure, punctuated with just the right amounts of humor…and of course, love (and sex), amid the ups and downs of an empire on the brink of conquest. If it’s exciting historical fiction you want—THE GATEWAY will keep you turning the pages to find out what happens next! 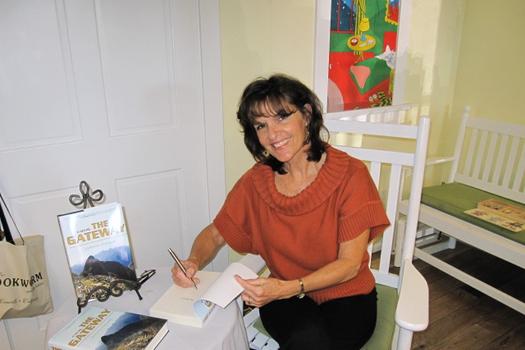 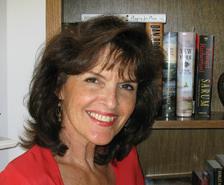 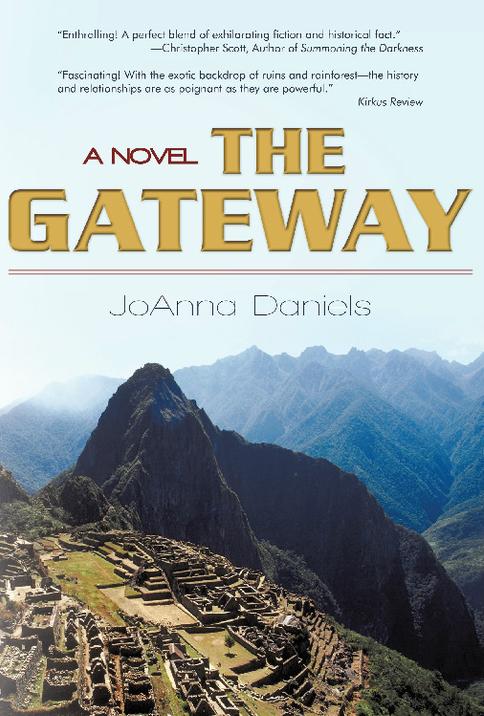 The Gateway by JoAnna Christine Daniels, revised edition 2010, and Book II Eye Of The Solstice, will take you into the incredible world of the Inca Empire during the turbulent years of the early 16th century, between 1527 and 1532. Three 20th century archeologists, intrepid time travelers from the future, are bystanders in the middle of Pizarro’s conquest and must find a way to return to the 20th century — to save their lives and the life of one beautiful Inca priestess. Escape reading at its best!

Whatever you can do or dream you can do, begin it.
Boldness has genius, power, and magic in it.

The book is very interesting as it intermingles historical facts with fiction. A nice read from the get go and would even excite you to know it has a sequel. A page turner if some say it..... Bravo!  Homeboy

​​​Praise for The Gateway
Adventure, Romance, History, Time Travel -- all in one amazing book!
Peru has always been on my "bucket list" -- to see ruins of ancient civilizations, including Machu Picchu, and to gaze at its majestic snow-covered peaks.
So I was already drawn to the subject matter of this book. Once I sat down to read it, I was awake until the wee hours -- unable to put it down! I applaud the author for this wonderful piece of historical fiction centered around the past and the present, combining factual with imagined characters, all coming together to form an amazing story."