More Reviews for the series 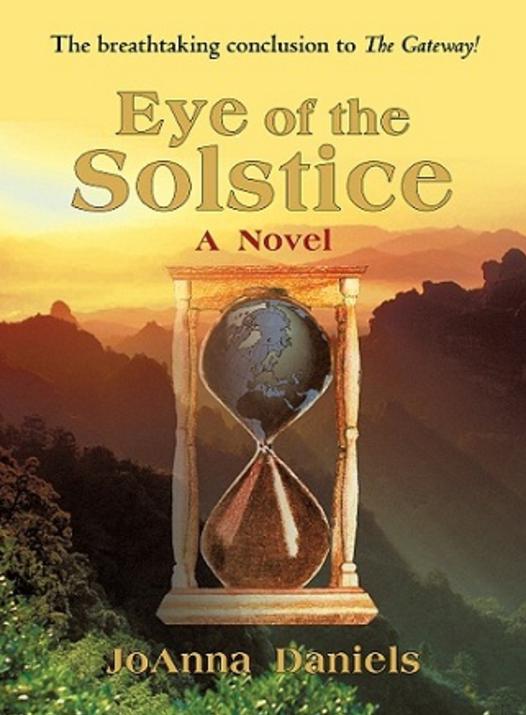 My favorite view of Machu Picchu ... 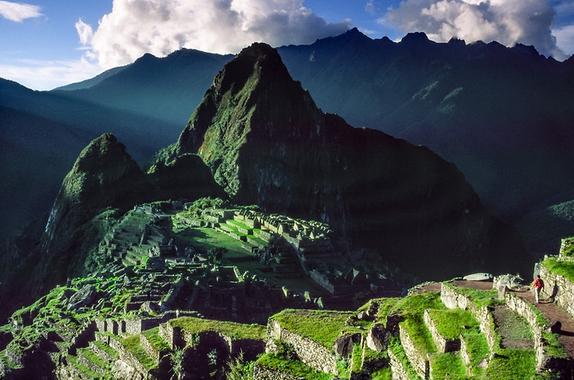 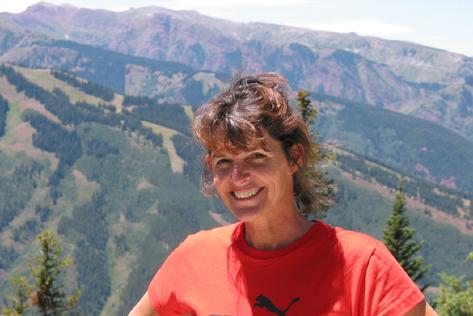 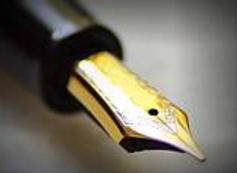 Preview for  Eye of the Solstice
After coping for the past six months with the fact that Shama had been forced to survive under the harshest of circumstances, and in an inhospitable, extinct time, Christopher now found himself moving toward that mythical altar again, nervous, completely uncertain. Every emotion that made him who he was hung suspended in some kind of hellish limbo—hope, the thin veil that would either reunite him with Shama or deliver him into that hell.
Would she succeed in her passage through the gateway? Was there any way he could reach out to her in that other realm of time, with his mind, his feelings ... and assist her? Was she hurt or in pain? He couldn't stop asking himself these same questions over and over. Had she been resourceful enough to find a way to come back through to this time, this century, this precise moment?
When she failed in her passage back to the twentieth century with them, he knew a sense of loss and separation as never before, the very core of his being ripped away. He had failed her. He knew this. From that moment on, it was as though his own soul had abandoned him ... to some dark, forbidding dimension within the time continuum that he could not see or feel ... some long-forgotten place that he could not touch, not even with his spirit. The extent of her feelings of total emotional and physical isolation she must have known for the past six months was all that reached him. That, and the utter terror he, himself, could barely subdue. She was literally at the mercy of that dark past.
. 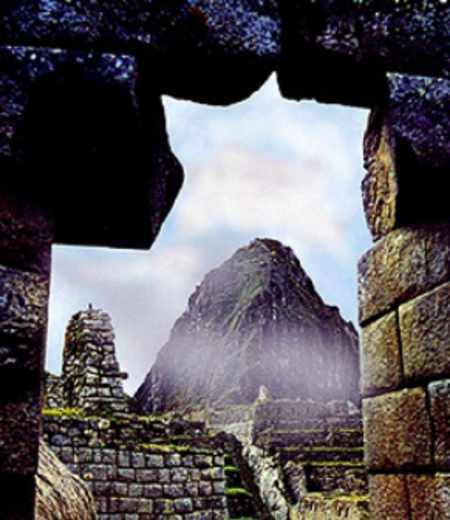 I enjoyed reading these two books so much! When I finished The Gateway, I was mad, I thought, okay...that can’t be it! I need the next one! So I read Eye of the Solstice. Wow! I loved the way the author described everything with such vivid detail. For me a good book  means just ‘diving’ into the story, getting totally caught up in it and being able to forget everything around you...and reading these two books definitely made me feel that way! I loved both books, but the 2nd one is my favorite. The way the author described the conflicts in which the men stood, because of them knowing the future and not being able to help their friends. I couldn’t stop reading! I kept reading on my way to work in the metro, even crying a little until someone asked me if I was alright!! These books inspire me to want to go to these places and feel the energy. Not many books make me feel that way... Tina S.

Eye of the Solstice
Book II

A peak through the real Gateway arch at  Machu Picchu ...

"JoAnna Daniels is so articulate about the facts. At the same time, the romance keeps you completely absorbed. Eye of the Solstice has complex characters & colorful settings. Wow! What a fabulous book! Enchanting!" Emma Steele

The feelings Ms. Daniels evokes with her sensitive prose creates such an emotional connection to the story... A hard book to put down."  J. Snow

"I was blown away. This book is phenomenal." M. Bennett

​The Heart-Stirring Sequel to The Gateway!

Can Christopher save Shama and their son from an empire on the brink of ruin?

Is there still time to reach Machu Picchu?

Tensions mount as 168 Spaniards await the arrival of the Inca monarch and his retinue of thousands of warriors ... With great pomp, Prince Atahuallpa enters the town square in Cajamarca for the destined meeting with the Spanish conquistador ... The ambush that ensues alters the course of Inca life forever.
In a race to stay clear of the danger, Christopher has begun the trek back to Machu Picchu with their young child and Shama, the beautiful Inca priestess he loves—but how safe are his grandfathers, Joseph and Robert Bennett, from the brutality of the invaders? Faced with an unscrupulous conqueror ... there's only one place they can all go where they won't be found. When Joseph and Robert are captured and held hostage at knife point—they must use their wits to outsmart an arrogant Francisco Pizarro.
Dangers posed by the invaders become critical, compelling Christopher to get his family to safety in the New World. Unexpected obstacles thwart their goals ... their plans all postponed ... when Christopher is called upon to rescue his son from an horrific fate at the hands of a zealous Inca priest. As the Inca Empire declines amid atrocious treatment at the hands of the Spanish occupation, Shama must choose between life in a disintegrating culture and Christopher's world 500 years in the future. Will they end up in the same time frame ... or will they be lost forever to the unfathomable power of the Gateway?

Praise for Eye of the Solstice

A great sequel to The Gateway!
This was a smashing conclusion to The Gateway. Adventure, intrigue, passion and excitement. The emotion runs so high at times. I couldn't stop reading. This book keeps you riveted to the action, and you can't help but love the characters! They're so real. Also, I love what I learned about the Inca. This is a must read for all ages!!   CynthiaCS

I did not want it to end.
It is the finest historical fiction, next to The Gateway that I have ever had the privilege of reading. I want all my friends and family to have the same privilege!  Cherie